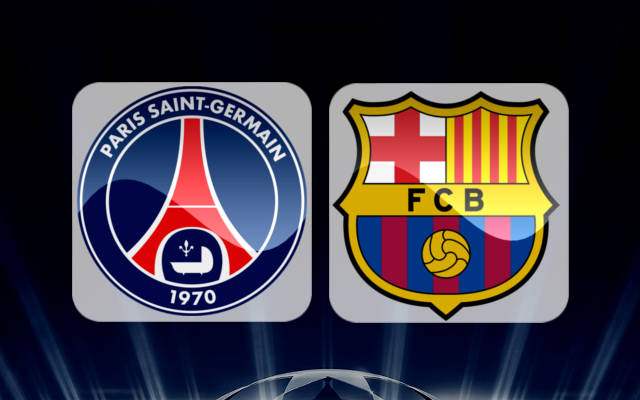 Team News:
Paris Saint Germain
PSG will be without Thiago Silva who is suffering from a calf injury. Presnel Kimpembe is expected to take his role.
Alphonse Areola has featured in all the six Champions League games this season, he is expected to continue.
Thiago Motta is suspended while Marquinhos will be suspended for the second leg if he picks up a yellow card tonight.
Javier Pastore and Grzegorz Krychowiak both are back to training but are not ready for first team action.
Julian Draxler and Lucas Moura are both eyeing for the right forward role.

Barcelona
Aleix Vidal has been ruled out for the remainder of the season with an ankle injury picked up last weekend, Sergio Roberto will start inplace of him.
Gerard Pique and Andres Iniesta are likely to be recalled for this big game.
Javier Mascherano remains on the sideline for two weeks. Samuel Umtiti expected to start at the heart of defence.
Rafinha is doubtful through a face injury.
Denis Suarez, Ivan Rakitic and Andre Gomes all eyeing for a midfield spot. 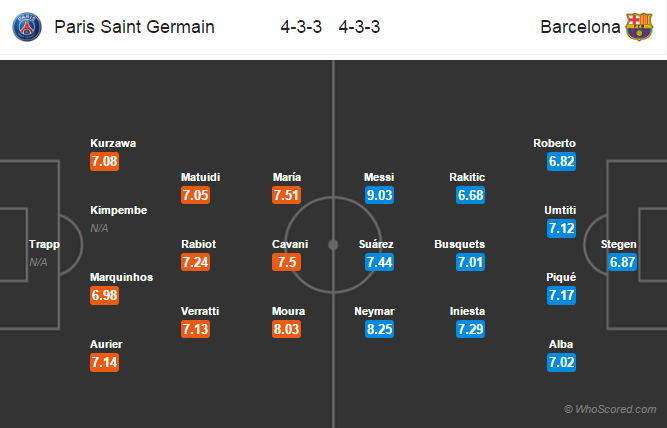 Prediction:
PSG 1 – 1 Barcelona, Luis Suarez on the score sheet for the visitors.