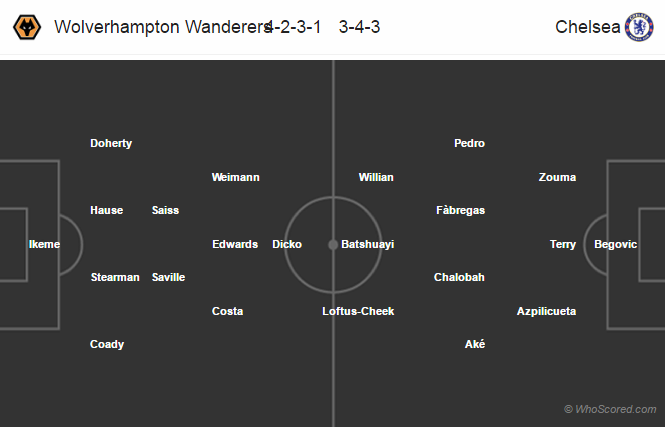 Team News:
Wolverhampton Wanderers
Wolves manager Paul Lambert will be starting with a similar lineup as of last win against Liverpool.
Michal Zyro, Jordan Graham and Mike Williamson remain on the sideline through injury.
Joe Mason and Jack Price both are doubtful for this game.

Chelsea
David Luiz and Marcos Alonso both are back from their injury problems but are expected to take a rest.
John Terry is doubtful for this game. The skipper might start if he returns from the injury.
Diego Costa and Eden Hazard both are likely to be rested for this game.
Rest of the squad is fully fit to choose from.