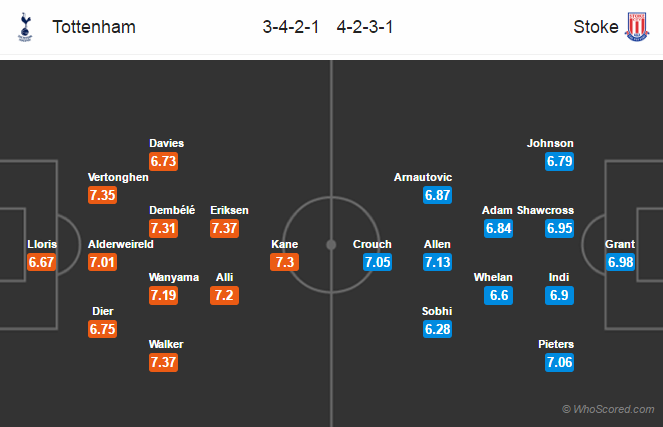 Team News:
Tottenham
Mauricio Pochettino remains without Danny Rose, while Erik Lamela is doubtful through fitness issue. Lamela has returned to training but is not fit for first team action.
Heung-min Son is eyeing to get a name in the starting eleven.
Pochettino could be starting with three defenders, a similar lineup as of last game against Gent.

Stoke City
Mark Hughes remain without trio Jack Butland, Stephen Ireland and Jonathan Walters for this clash.
While Xherdan Shaqiri, Geoff Cameron and Phil Bardsley are doubtful.
Stoke are likely to name the same starting eleven as of last game against Crystal Palace.

Prediction:
Stoke City 1 – 1 Spurs, tough game for the visitors.
Harry Kane to score the equaliser in the second half.
Stoke City likely to receive more than three bookings.