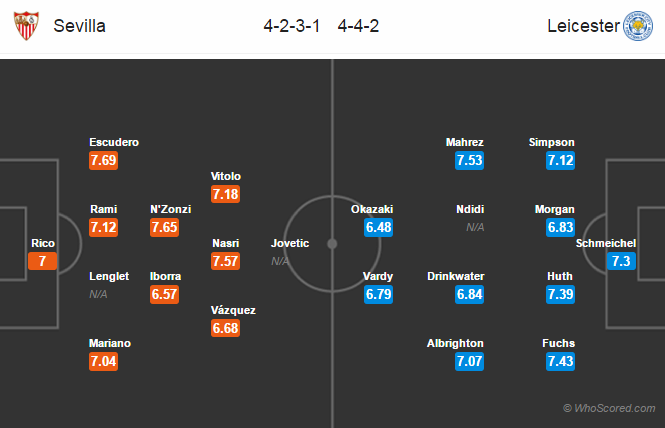 Sevilla
Sevilla have been playing with different formations in the past few games. Boss Jorge Sampaoli could be planning for a different one for this game.
Vicente Iborra who picked up a red card in the La Liga game last weekend is available to play in Champions League.
Nico Pareja has missed the last game through injury, he is expected to be out once again.
Benoît Trémoulinas and Michael Krohn-Dehli remain on the sideline through injury.

Leicester City
The visitors remain without Islam Slimani as he failed to recover from a groin problem.
Robert Huth is only one booking away from his suspension, picking up a yellow card tonight means he will be suspended for the home game.
Leonardo Ulloa is doubtful for this clash through injury.

Prediction:
Sevilla 1 – 1 Leicester City. The home side are likely to dominate the game but the visitors will not be an easy side. They have been impressive in the Champions League.