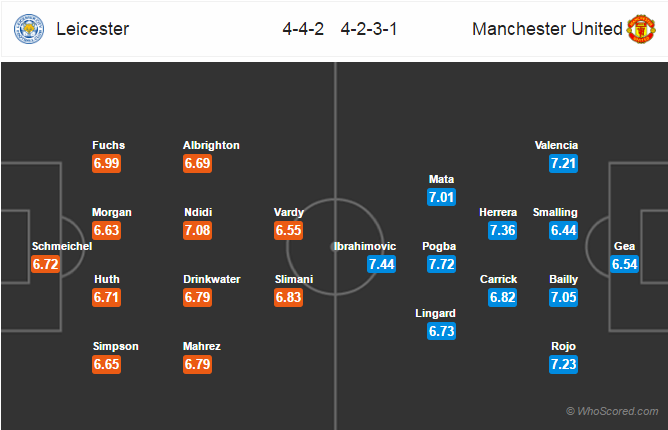 Team News:
Leicester
Islam Slimani remains doubtful through a groin problem.
Daniel Amartey is likely to return before the match from Africa Cup of Nations as his side Ghana knocked out from the cup yesterday.
Leonardo Ulloa is back to training but is not fully fit for first team action.

Manchester United
Jose Mourinho’s only concern ahead of this game is Phil Jones who is doubtful through an injury. The defender is expected to return for this game.
Eric Bailly is back and fit, he is expected to appear for the first time in United jersey this year.
Anthony Martial is eyeing for a starting spot, but it is expected he will have to settle on the bench.

Prediction:
Leicester City 1 – 1 Manchester United, home side to get a point luckily.