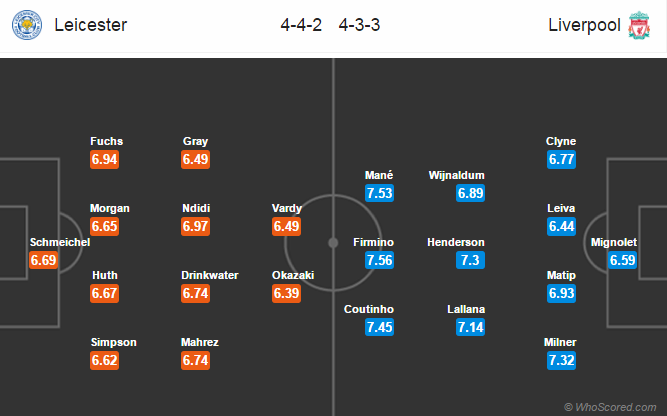 Team News:
Leicester City
Leicester City will be playing their first game without manager as Claudio Ranieri was sacked last week.
Islam Slimani and Leonardo Ulloa both remain doubtful for this game through injury.

Liverpool
Liverpool striker Daniel Sturridge is back from his injury and is likely to be a part of tonight’s game.
Dejan Lovren remains out through knee injury. Ragnar Klavan or Lucas Leiva both are eyeing to fight for this place.
Danny Ings and Ovie Ejaria remains on the sideline through injury.
Marko Grujic has also returned to training and he could be starting from the bench tonight.

Prediction:
Leicester City 0 – 3 Liverpool
Sadio Mane to score a brace for the visitors.
Liverpool to completely dominate the game.