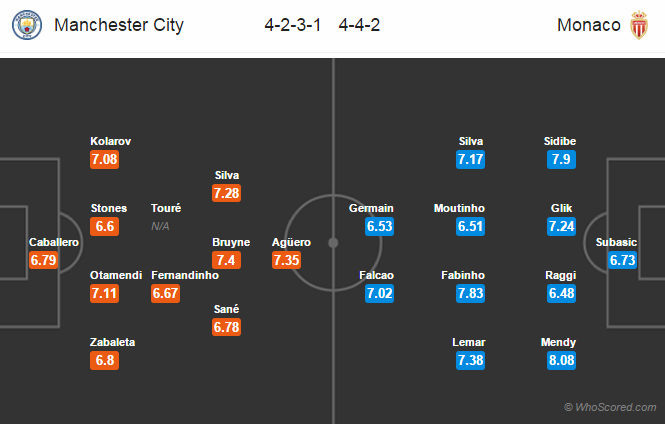 Team News:
Manchester City
Manchester City remain without several players ahead of this game. Vincent Kompany, Gabriel Jesus and Ilkay Gundogan are all on the sideline.
Yaya Toure is likely to get a start alongside Fernandinho in the midfield.
Raheem Sterling and Leroy Sane will be fighting for the starting role, one will have to settle on the bench.
Willy Caballero expected to keep his space in goal, while Sergio Aguero to lead the line.
Gaël Clichy is doubtful through injury.

Monaco
The visitors also have few concerns. Jemerson is suspended for this clash.
Guido Carrillo and Tiemoue Bakayoko are doubtful through injury.
Boschilia has been ruled out through a knee problem.

Prediction:
Manchester City 2 – 1 Monaco
The home side to dominate possession.
Sergio Aguero to score the opener.