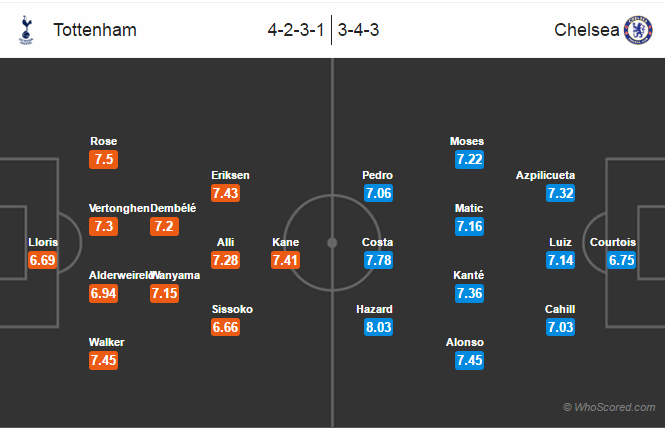 Team News:
Tottenham
Duo defenders Kyle Walker and Jan Vertonghen are back from suspension after winning their last game against Watford.
Mauricio Pochettino is expected to start with 4-2-3-1 formation.
Erik Lamela is the only concern for the home side, he is doubtful with a hip injury.

Chelsea
John Terry has been ruled out for this game. While Marcos Alonso is doubtful for this clash.
Pedro is back from suspension and is likely to replace Willian despite of his impressive performance in the last game.
Cesc Fabregas might start from the bench, giving starting place to Nemanja Matic.

Prediction:
Tottenham 1 – 1 Chelsea, an end to Chelsea’s 13 games winning streak in the league.


A tough game. Harry Kane and Diego Costa on the scoresheet.