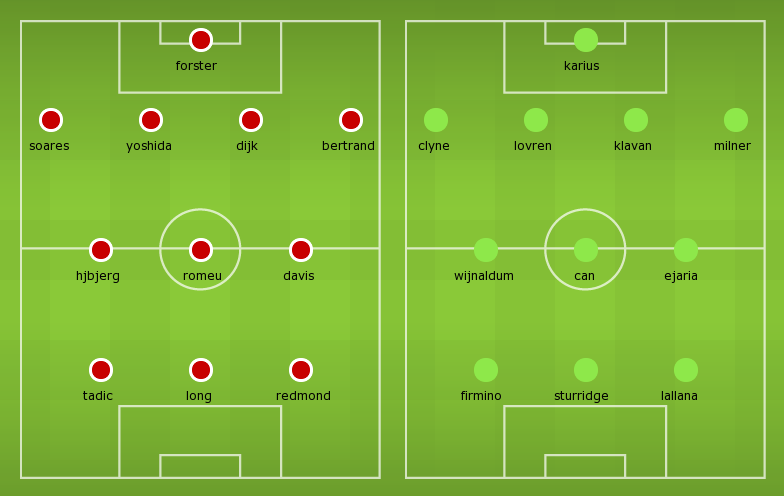 Team News:
Southampton
Sofiane Boufal has picked up a knee injury, keeping him sideline for almost a month.
Jose Fonte is keen to leave the club, he is unlikely to be a part of the squad until his future is resolved.
Charlie Austin and Alex McCarthy are also out for this game.

Liverpool
Danny Ings and Jordan Henderson are both out through injury.
Jurgen Klopp started with a youngest lineup in the history of Liverpool against Plymouth but will now recall several players for this semifinal.
James Milner is expected to return while Philippe Coutinho could start from the bench.
Joel Matip is doubtful, Klavan is expected to start once again.
Loris Karius is likely to be given another chance, as per the comments by the boss.
Sadio Mane is on international duty for the Africa Cup of Nations.

Prediction:
Southampton 1 – 2 Liverpool
The home side will dominate the game in the first quarter.
The visitors are likely to break the deadlock before the half time.
Daniel Sturridge on the scoresheet for the visitors.