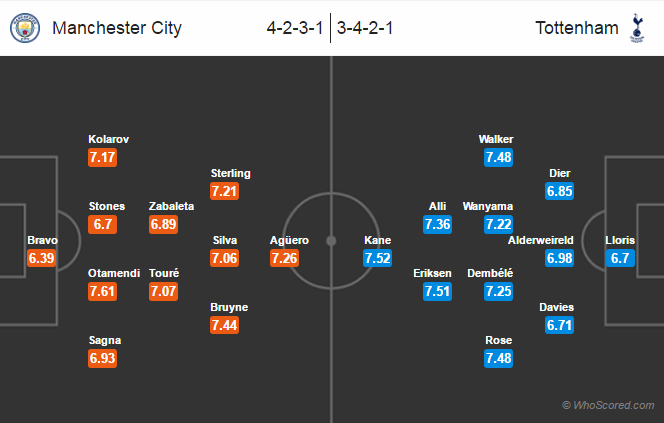 Team News:
Manchester City
Ilkay Gundogan and Fernandinho both are out, the former is out through injury while the latter is suspended.
Fernando is doubtful for this game, Pablo Zabaleta could start in the midfield once again.
Gabriel Jesus is now eligible to play, he could be getting a debut.
Skipper Vincent Kompany has returned but is not fit for first team action.

Tottenham
Tottenham have only two concerns ahead of this game. Erik Lamela is doubtful through a hip injury, while Jan Vertonghen is out with an ankle problem.
Ben Davies and Kevin Wimmer are both eyeing to get a place in the lineup as there will be an empty space in the defense due to Vertonghen's absense

Prediction:
Manchester City 1 – 1 Tottenham.
The home side likely to dominate possession.
Spurs to score a goal in the start of second half.