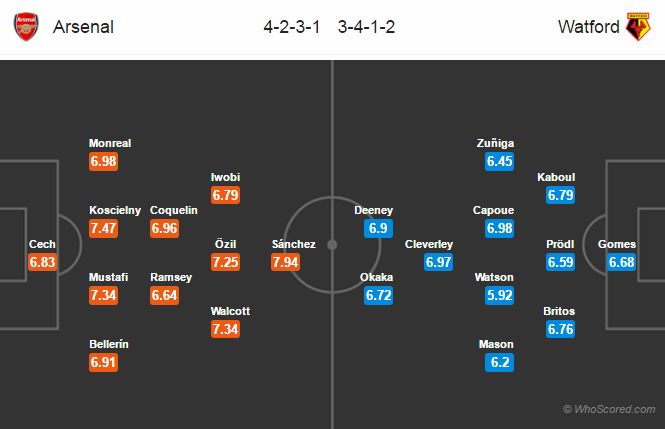 Team News:
Arsenal
Arsenal remain without several players including Mohamed Elneny who is still out due to Africa Cup of Nations.
Santi Cazorla, Yaya Sanogo and Mathieu Debuchy all remain out through injury.
Granit Xhaka will be unavailable through suspension.
Danny Welbeck impressed in the FA Cup game against Southampton few days ago, he could be getting a chance tonight.

Watford
Odion Ighalo will not feature as he has set his eyes on China move.
Jose Holebas is suspended for this clash.
Valon Behrami and Nordin Amrabat are all ruled out through injury.
Isaac Success, Christian Kabasele and Costel Pantilimon all remain doubtful.