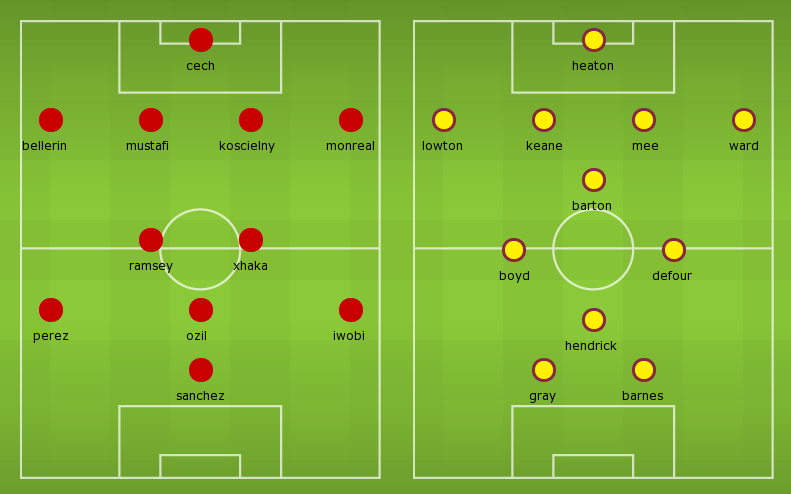 Team News:
Arsenal
Kieran Gibbs, Francis Coquelin and Hector Bellerin are all back, the Spaniard might be getting a chance.
Mohamed Elneny remains out due to Africa Cup of Nations.
Olivier Giroud is doubtful with a minor injury he picked in the last game.
Theo Walcott and Per Mertesacker and Santi Cazorla are all out through injury.

Burnley
Sean Dyche have three players to concern with ahead of this game. Dean Marney, Scott Arfield and Johann Berg Gudmundsson are all doubtful through injury.
Joey Barton is expected to start his first game since his return to Premier League.
Ashley Barnes is likely to lead the front line alongside Andre Gray.