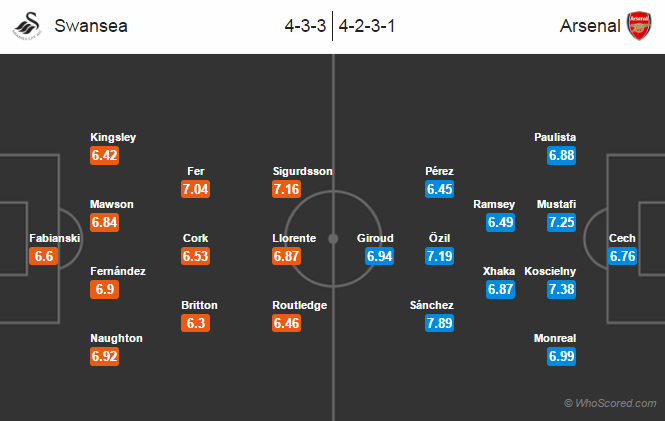 Team News:
Swansea City
New boss Paul Clement will be without several players in his first game of the Premier League.
Jefferson Montero, Neil Taylor and Luciano Narsingh are all confirmed to miss this game through injuries.
Modou Barrow is doubtful for this game, he is expected to be rested even if he recovers.
Jordi Amat is back after serving suspension, he will take his center-back role in the starting lineup.

Arsenal
Mohamed Elneny is out on international duty for the Africa Cup of Nations.
Hector Bellerin is out with an ankle injury, he will miss this game as he has to undergo a scan.
Mesut Ozil is likely to be back after missing last three games.
Francis Coquelin and Santi Cazorla are both on the sidelines, Aaron Ramsey and Granit Xhaka are expected to start once again in the midfield.
Lucas Perez might also get a start inplace of Theo Walcott who is doubtful with a calf problem.