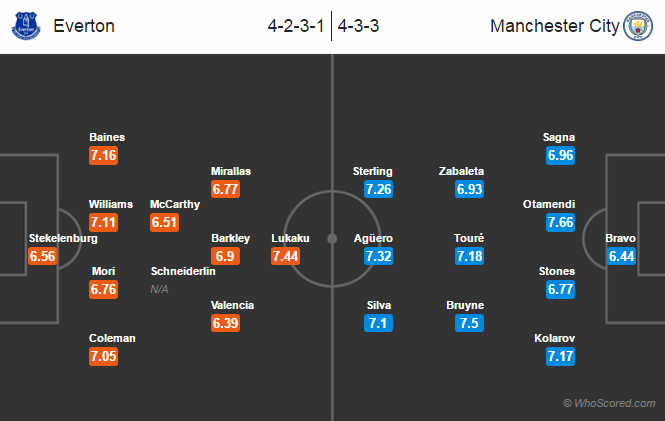 Team News:
Everton
Everton will be without Idriss Gueye who is on international duty for the Africa Cup of Nations.
Morgan Schneiderlin completed his move from Manchester United few days ago, he is likely to get a debut today.
Maarten Stekelenburg and James McCarthy are back and likely to take their places in the starting lineup.

Manchester City
Man City are once again without Ilkay Gundogan and Fernandinho, the former is out with an injury while the latter is suspended.
Vincent Kompany is back in training but is not ready for the match.
Leroy Sane and Fernando both are doubtful for this game.
Kevin de Bruyne has recovered from illness and is likely to get a start.
Gabriel Jesus is not eligible to take part in this game. His transfer registration is in process.

Prediction:
Everton 1 – 1 Manchester City
The home side likely to score an opening goal, Romelu Lukaku likely to be the scorer.
Man City will keep possession and will score a goal in the start of the second half.