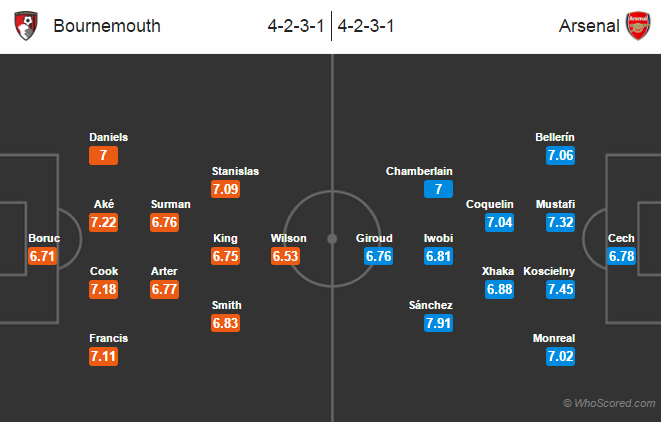 Team News:
Bournemouth
Jack Wilshere will miss out because of his ineligibility to play against the parent side. Josh King likely to take his role.
Marc Pugh and Lewis Cook are both out through injuries.
Callum Wilson and Adam Smith are both eyeing for a start.

Arsenal
Mohamed Elneny is on international duty ahead of the Africa Cup of Nations. Francis Coquelin is likely to replace him.
Mesut Ozil and Theo Walcott are doubtful for this game.
Chuba Akpom, Per Mertesacker and Danny Welbeck have returned but are still not fit for first team action.
Trio Santi Cazorla, Mathieu Debuchy, Yaya Sanogo remain on the sideline through injury.
Alex-Oxlade Chamberlain and Shkodran Mustafi are eyeing to start the game.

The visitors to dominate the possession.
Olivier Giroud on the scoresheet.
Alexis Sanchez to shine.