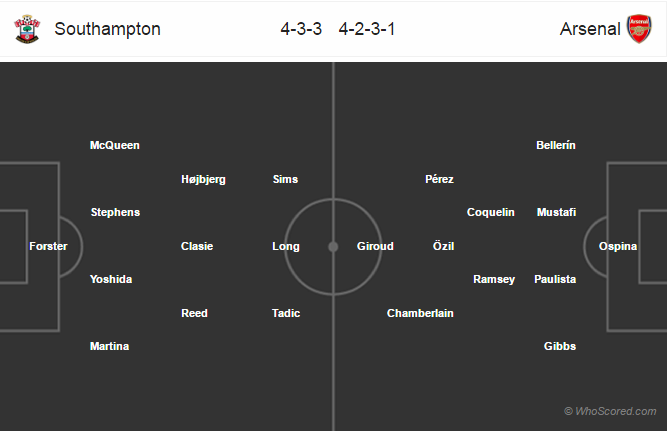 Team News:
Southampton
James Ward-Prowse and Jay Rodriguez both are out, they picked up injury against Liverpool in League Cup clash few days ago.
Virgil van Dijk remains on the sideline through ankle problem.
Josh Sims and Harrison Reed could be getting a starting node.

Arsenal
Granit Xhaka is out for this game, he is suspended for the next four games.
Danny Welbeck could be getting first start of the season, he made three appearances from the bench.
Theo Walcott is likely to be back from his injury.
Per Mertesacker and Mathieu Debuchy are back in training but will not take part in this game.

Prediction:
Southampton 2 – 1 Arsenal, the home side are full of high spirits as they reached the final of League Cup.