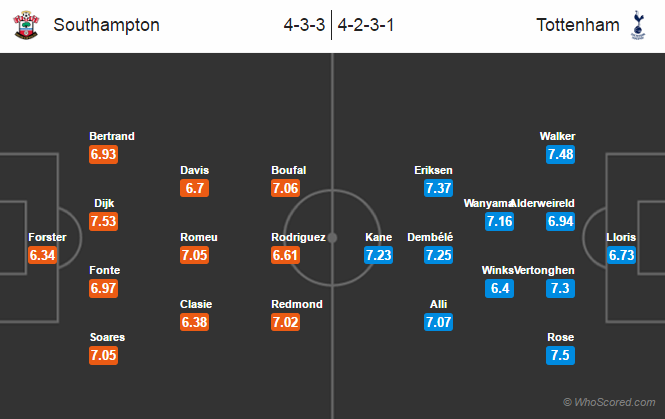 Team News:
Southampton
Southampton are without Jake Hesketh, Charlie Austin, Matt Targett and Jeremy Pied through injury.
Florin Gardos has returned but is not match fit. While Alex McCarthy remains a doubt.
Jose Fonte and Steven Davis both are likely to return to the starting lineup.

Tottenham
Erik Lamela is doubtful with a hip injury while Toby Alderweireld, Danny Rose and Vincent Janssen are all doubtful for this game. Duo defenders Alderweireld and Rose are likely to return.
Mauricio Pochettino is expected to start with a similar lineup as of last game.
Eric Dier and Moussa Sissoko both are eyeing for a starting node.

Prediction:
Southampton 1 – 1 Tottenham, tough and good game. Spurs are likely to break the deadlock but the home side will be able to make a comeback to get a point at home.