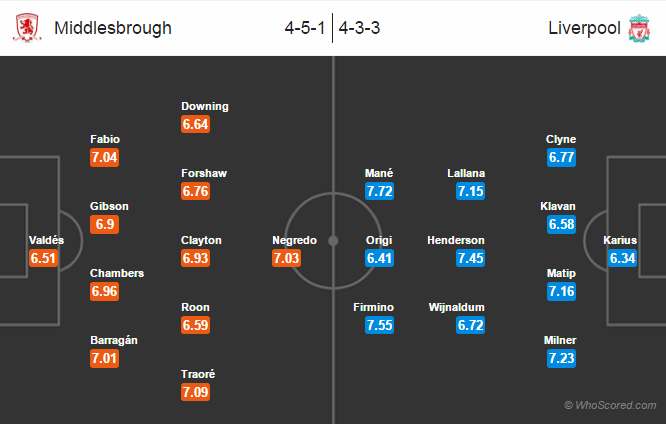 Team News:
Middlesbrough
The home side will be without Gastón Ramírez and James Husband. The former is out through injury while the latter has returned but is not ready for the match.
Álvaro Negredo and George Friend are both doubtful for this game.
Boss Karanka is likely to start with a 4-5-1 formation, which would bring back Adama Traoré, he has not played in the last two games.

Liverpool
Jurgen Klopp will have to deal with fresh injury of Dejan Lovren, picked up against West Ham United last weekend. Ragnar Klavan or Lucas will take the role of the Croatian at the heart of defence.
Emre Can missed the last game through minor knee injury, he remains doubtful for this game.
Loris Karius is likely to remain his spot in the starting eleven despite of poor recent performances.
Philippe Coutinho, Daniel Sturridge and Danny Ings all remain on the sidelines through injury.

Prediction:
Middlesbrough 1 – 3 Liverpool, the visitors are expected to have a tough game but likely to win it despite of their poor recent games.