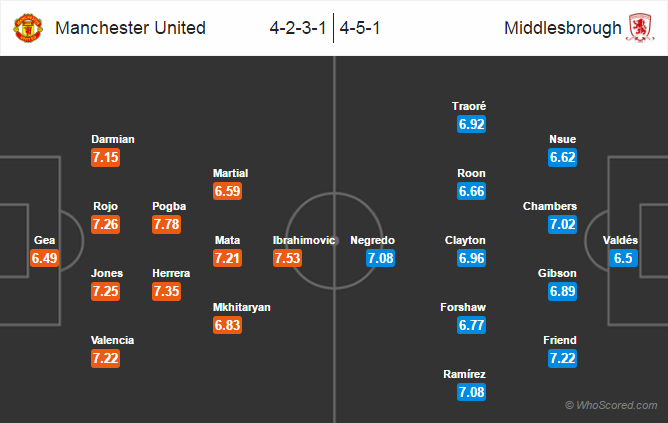 Team News:
Manchester United
Wayne Rooney remains a doubt through a muscle injury for this game. He also missed the Boxing Day game against Sunderland.
Duo defenders Eric Bailly and Luke are also doubtful.
Midfielder Michael Carrick may be rested for the West Ham game which will be just after two days.

Middlesbrough
Antonio Barragán will miss this game through suspension. Nsue is likely to take his role.
Viktor Fischer remains a doubt through knee injury. He missed the last game against Burnley.
James Husband has returned to training but is not ready for first team action.
Manager Aitor Karanka could start with 4-5-1 formation, it has proved to be successful against the big teams.

Prediction:
Manchester United 1 – 1 Middlesbrough
The home side are likely to drop points at home.
Zlatan Ibrahimovic to score the late equalizer.