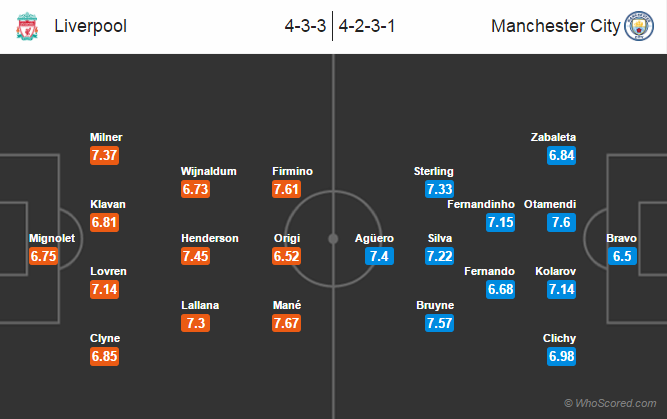 Manchester City
Sergio Aguero will be back after missing four game through suspension. He should start the game as he has a great goal scoring record against Liverpool.
John Stones will miss this game through knee injury.  Aleksandar Kolarov is likely to take the center-back role with Gael Clichy on the left-back.
Fernando might return to the lineup inplace of Yaya Toure.
Vincent Kompany and Ilkay Gündogan remain long term absentees.

Prediction:
Liverpool 2 – 1 Manchester City, a tough and good game, probably game of the season.
Manchester City will keep possession in the start and will find a goal within the first quarter.


Liverpool are likely to make a comeback. Adam Lallana to score the winner.