FC Basel
The home side will welcome Serey Die back to the squad who missed the last game through suspension.

Kevin Bua, Manuel Akanji and Jean-Paul Boetius are all doubtful for this game. Taulant Xhaka is expected to start against his brother Granit Xhaka.

Arsenal
Arsenal are without several players once again. Francis Coquelin is suspended while Santi Cazorla is out through injury.

Hector Bellerin and Per Mertesacker has returned to training but will not take part in this game. Double Injury boost for Arsenal

Granit Xhaka and Mohamed Elneny are likely to start in the midfield.

Gunners have already qualified for the next round so Arsene Wenger would give rest to several of the star players including Alexis Sanchez and Theo Walcott. Aaron Ramsey, Lucas Perez and Alex Iwobi could be getting a starting birth tonight. 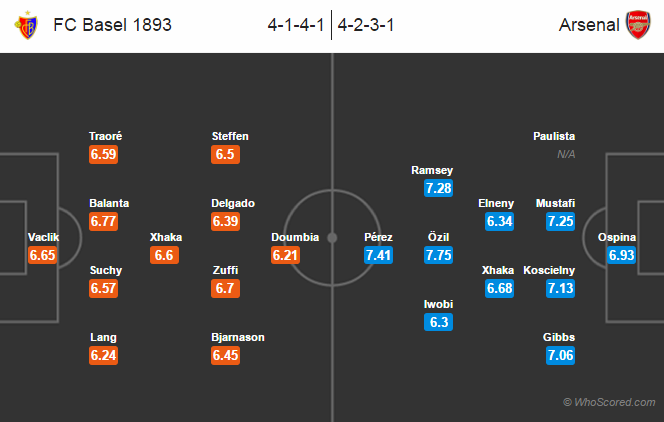 Prediction:
Basel 1 – 2 Arsenal, the visitors will be eyeing to finish the group on top, it depends on the PSG’s game result.