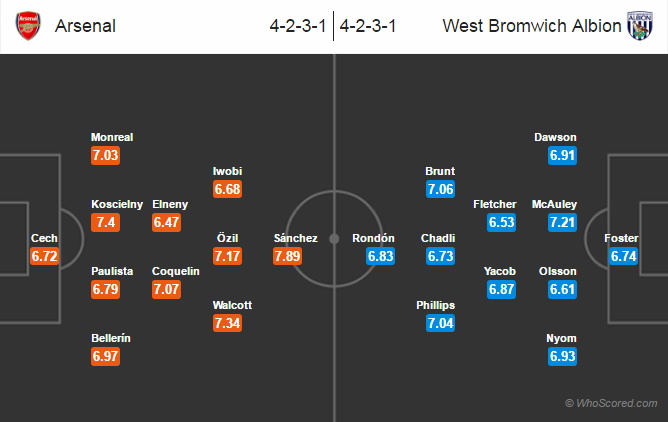 Team News:
Arsenal
Arsenal remain without several players including the fresh injury of Alex Oxlade-Chamberlain.
Danny Welbeck and Per Mertesacker both are yet to regain full match fitness.
Aaron Ramsey remains doubtful through injury. Mohamed Elneny may be having a starting node.

West Bromwich Albion
Jonny Evans is doubtful through injury, he has missed last two games.
James Morrison is likely to return despite of missing the recent training through illness.
Saido Berahino has returned to training but is not ready for first team action.
Boaz Myhill remains on the sideline through injury.

Prediction:
Arsenal 1 – 1 West Brom, Arsenal are likely to drop points in the third consecutive game.
Arsenal will likely to have possession, the visitors will commit fouls and receive several bookings but they will be happy to earn a point away from home.