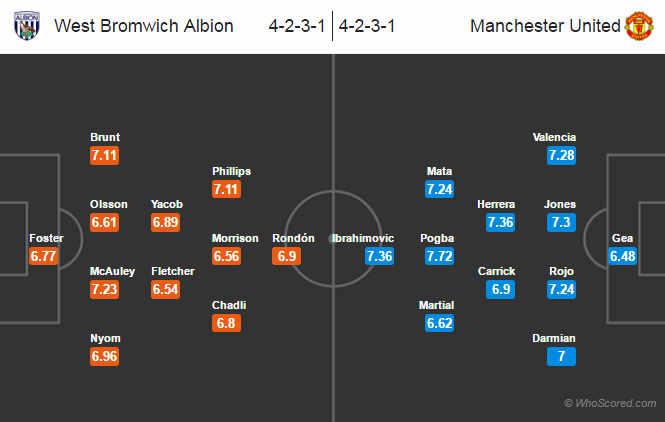 Team News:
West Bromwich Albion
Defender onny Evans is in doubt to face his former side tonight. He missed last weekend’s win over Swansea City.
Craig Dawson is back from suspension but is likely to start from the bench.
Boaz Myhill and Saido Berahino remains out through injury and fitness issues, respectively.

Manchester United
Chris Smalling has returned to training but is not ready for the match. He might start this game from the bench.
Henrikh Mkhitaryan, Eric Bailly and Luke Shaw all remain on the sidelines through injury. The first two are likely to be out for further few weeks.
Anthony Martial was absent from the last game for unknown issues. He should return if he is fit to play.

Prediction:
West Brom 1 – 1 Manchester United, the away side are likely to struggle despite of their last two recent wins.