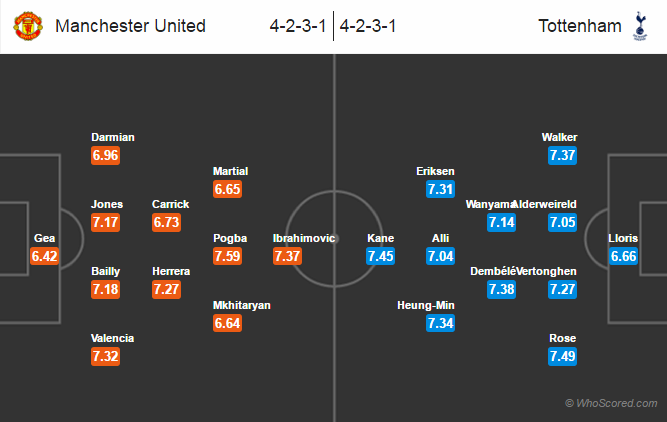 Manchester United
Eric Bailly returned to first team action against Zorya earlier this week. He will partner with Phil Jones at the heart of defence.
Matteo Darmian, Antonio Valencia and Michael Carrick were all rested in the midweek, they will be back to the squad.
Wayne Rooney is back from his one match suspension.
Chris Smalling, Juan Mata and Luke Shaw are the only injury concerns for Man United.


Tottenham
Spurs have Erik Lamela and Vincent Janssen on the sidelines through injury.
Mousa Dembélé was rested in midweek Champions League game, he will back today.
Ben Davies has returned to training but is not match fit.
Toby Alderweireld returned from his injury earlier this week, he is expected to start this game.