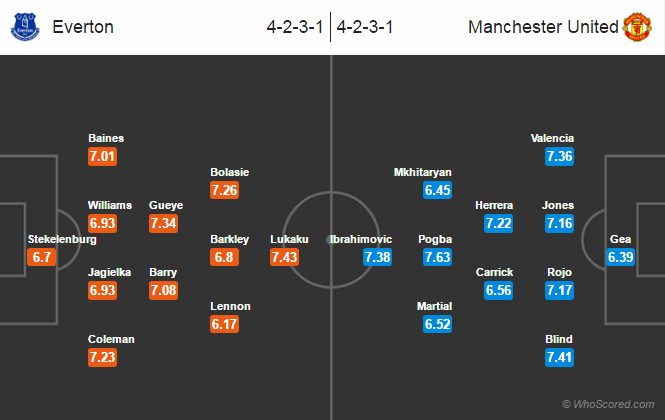 Team News:
Everton
Boss Ronald Koeman will be without few players for this game. James McCarthy is doubtful with a hamstring injury. Tyias Browning has returned but is not match fit.
Muhamed Besic and Matthew Pennington are both out through injury.


Manchester United
Defender Eric Bailly and Chris Smalling are expected to miss this game through injury. Wayne Rooney is out through suspension.
While Luke Shaw is doubtful through a minor knock which he suffered earlier this week. Daley Blind or Matteo Darmian could start at Shaw’s position.
Paul Pogba and Marouane Fellaini are back from their suspension.
Henrikh Mkhitaryan and Anthony Martial are expecting to get a starting node after their impressive performance in the League Cup clash against West Ham few days ago.