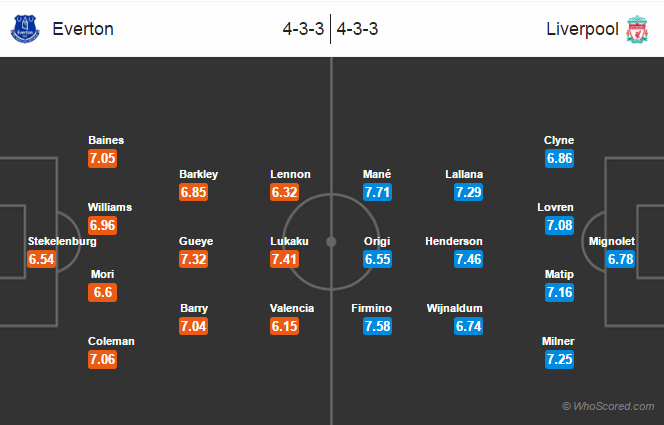 Everton
Everton boss Ronald Koeman will be without Phil Jagielka as he picked up a red card against Arsenal last week. Ramiro Funes is likely to replace the skipper.
Gareth Barry missed the last game but could make a comeback tonight. He is expected to come inplace of either James McCarthy or Ross Barkley. The latter has been exceptional for the Toffees in the recent games.
Muhamed Besic, Yannick Bolasie and Arouna Kone all remain on the sideline.

Liverpool
Philippe Coutinho and Danny Ings are both out through injury for several weeks.
Emre Can and Daniel Sturridge remain doubtful for Liverpool, the former has missed last two games.
Joel Matip is likely to return from ankle injury. He missed the last win over Middlesbrough.
Divock Origi is likely to return from a minor knock he picked up in the last game.
Loris Karius was dropped in the last game, he remains a doubt here. Simon Mignolet might keep his place.

Prediction:
Everton 1 – 2 Liverpool, Sadio Mane to score for the visitors.