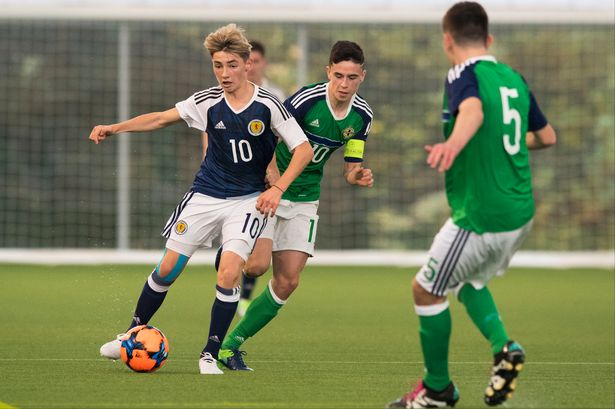 The recent reports have revealed that English sides are keeping tabs on Scottish youngster Billy Gilmour who has been exceptional for the Scottish giants Rangers youth.

The 15-year-old wonder kid has caught the eyes of several scouts while representing his side in Victory Shield tournament recently.

The midfielder has been highly rated by some top football experts; they believe that Scotland have never produced such talent in this century. Liverpool legend Kenny Dalglish is one of the top Scottish ever to play in England.

Arsenal and Manchester United scouts are ready to start discussion over the possible move of the youngster to their academies.

English sides have always produced top talents especially Arsenal and Man United, they both could be having an edge to seal the deal. Gilmour might be having a problem in picking the right destination.

Chelsea and Manchester City are also said to be interested in him but are not showing that much interest.


Gilmour is 15-year-old and will be spending the coming years in the academy, if he proves he could get a breakthrough next year.