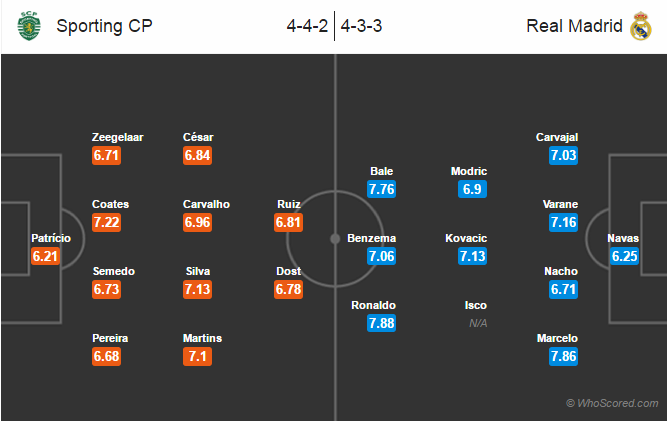 Team News:
Sporting CP
Sporting CP remain without several players including Lukas Spalvis, Jefferson, Bruno Paulista and Radosav Petrovic.
They are likely to start with four defenders after a big failure in the last game with three man defence.

Real Madrid
The visitors are coming from a great weekend victory over Atletico Madrid. Boss Zinedine Zidane might bring some changes to the squad. Striker Karim Benzema is expected to return to the lineup.
Star defender Sergio Ramos remains doubtful through injury. Toni Kroos and Casemiro are both injured and expected to miss. Alvaro Morata is out with a hamstring problem for a month atleast, he picked up recently while playing for Spain.

Prediction:
Sporting CP 1 – 3 Real Madrid, Cristiano Ronaldo to score a brace for the visitors. Ronaldo scored the hatrick against Atletico in the La Liga derby last weekend. He is expected to shine again.