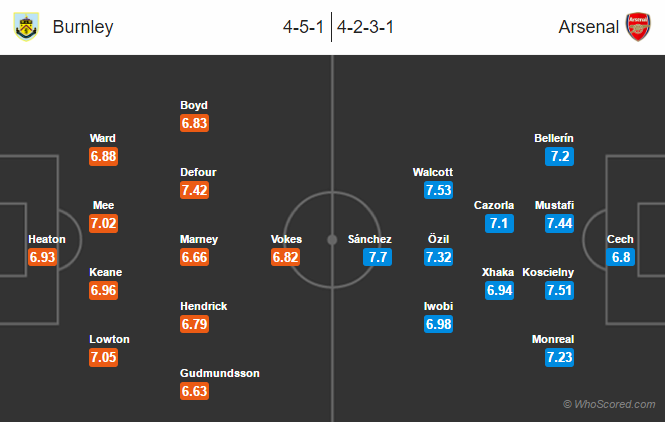 Team News:
Burnley
The home side will be without Andre Gray who was suspended for four games, he will be missing the second game through suspension.
Manager Sean Dyche is likely to start with the same lineup that won by two goals to nil against Watford.

Arsenal
Arsenal injury problems continue as they remain without long term absentees Per Mertesacker, Danny Welbeck, Aaron Ramsey and Carl Jenkinson.
Olivier Giroud is out through a toe injury.
Francis Coquelin returned surprisingly from his knee injury earlier this week and could start this game.

Prediction:
Burnley 1 – 1 Arsenal, the home side are likely to give tough time to the Gunners. Theo Walcott who scored twice in the Champions League game earlier this week is likely to score the equalizer for the London side.