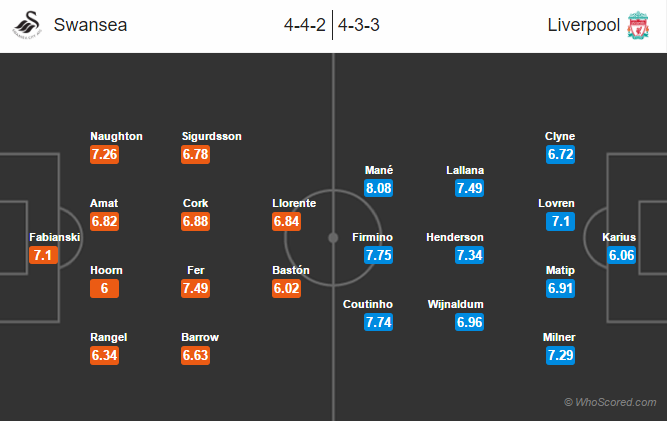 Team News:
Swansea City
Swans are without Nathan Dyer and Federico Fernández. The first one is out for two months while the latter remains doubtful.
Club record signing Borja Baston is expected to get his first full match debut. He featured in the last game but came in the end from the bench.
Manager Francesco Guidolin could lose his job if he fails to pick any point from this game.

Liverpool
Boss Jurgen Klopp will start with a similar line-up as of last weekend against Hull City.
Dejan Lovren will return to the line-up after missing last week game.
Joseph Gomez has returned to training but is not match fit.
Young attacker Sheyi Ojo is out through injury.
Mamadou Sakho remains out for unknown reason.

Prediction:
Swansea City 0 – 3 Liverpool, the visitors are likely to earn their first clean sheet of this season. Sadio Mane and Adam Lallana to score goals for Liverpool.