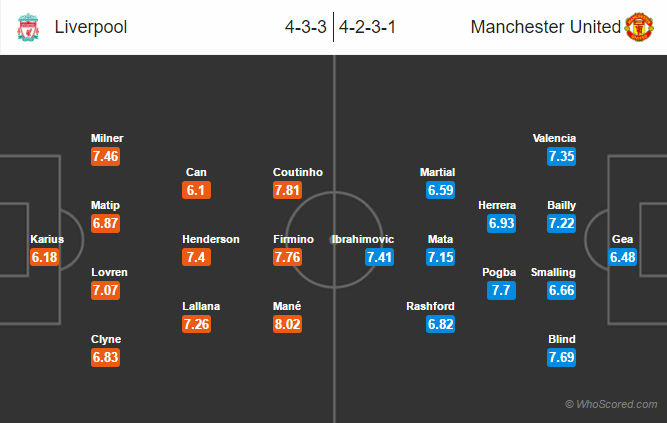 Team News:
Liverpool
Liverpool boss Jurgen Klopp has several concerns ahead of this big game. Adam Lallana who picked up an injury while playing for England is doubtful for this game.
Georginio Wijnaldum is also doubtful with a hamstring injury, Emre Can could be getting his first league start this season.
Joseph Gomez is back to training but is lacking fitness.
Sheyi Ojo and Mamadou Sakho are both unavailable for this match.

Manchester United
Jose Mourinho is expected to make some minor changes.
Marouane Fellaini could get a start as he has been effective against the Reds in the past.
Forward Wayne Rooney is likely to start from the bench once again.
Phil Jones remains out through injury. While Luke Shaw and Henrikh Mkhitaryan have both returned but are not match fit.
Midfielder Bastian Schweinsteiger remains out for unknown reason.

Prediction:
A big game this gameweek and certainly will be a good one as always, Liverpool have been in superb form so my prediction is Liverpool 3 – 1 Manchester United.