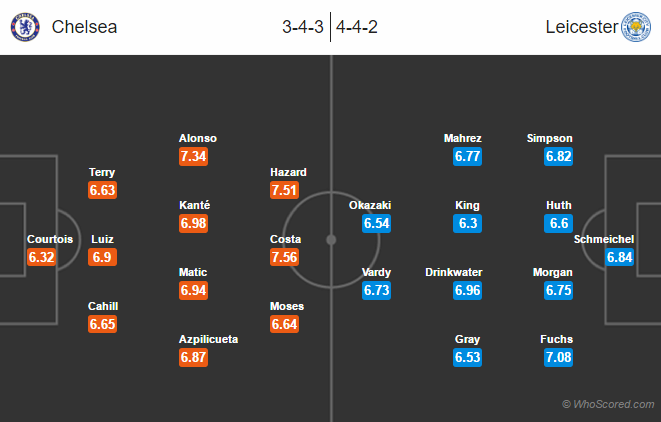 Team News:
Chelsea
Terry back is likely to return after missing four games due to ankle injury.
Antonio Conte is expected to start with a 3-4-3 formation. David Luiz, Gary Cahill and the skipper in the defence.
Kurt Zouma has returned but is not match fit.
Willian will not be taking part due to the death of his mother. Pedro and Victor Moses will fight to take the Brazilian’s place in the starting lineup.
Marco van Ginkel is the only player out through injury.

Get the latest football updates! Get FootyFeedy!

Leicester City
Claudio Ranieri will be bringing several changes to the squad due to the Champions League game against Copenhagen next week.
Star player Shinji Okazaki has recovered from his ankle injury which is suffered recently while playing for his country Japan.
Nampalys Mendy is the only player unavailable for this game due to injury.

Prediction:
Chelsea 2 – 2 Leicester City, a tough and good game despite of an average start from the Premier League champions. Diego Costa to score for the home side.