Liverpool vs Manchester United is arguably the fiercest rivalry in English football. The Red Devils have won the most titles in the League winning it 20 times and Liverpool has won it 19 times. Liverpool is the favorites to win the match with the best betting websites due to their impressive form over recent weeks. Men U started the campaign off well but are now 3 points behind their rivals and 5 points from the top. It is a game that they cannot afford to lose as they will find themselves slipping away from the pack chasing the title or top four finishes to qualify for the Champions League. It is going to be one of the most open and competitive races for the Premiership Crown. There has not been a season where so many teams have a chance of winning it and are already looking like it could be one of the most exciting campaigns ever. 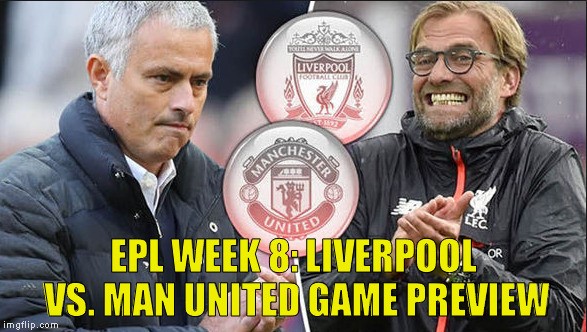 Liverpool FC
Liverpool was behind Manchester United with the best betting websites odds before the season kicked off. They are now ahead of them and many are backing them to go all the way to win the title. Klopp has an advantage over Mourinho as he had half a season in charge to evaluated the squad and get them playing his style of football. The German manager has got rid of the players not suitable to his all action tactics and brought in players who can match the manager's demands. They still have problems at the back which may cost them to chance to go all the way this campaign but if they can sort out their defensive problems they will have a genuine opportunity to win the Premier League title.

Manchester United
Jose Mourinho took over a team during the summer that was a complete mess. It was completely imbalanced and confidence was at an all-time low. The manager spent big over the summer transfer market trying to resolve this problem and with signings Pogba and Ibrahimović he has two of the best players in the world at his disposal. The problem the manager has is where Wayne Rooney fits into his plans as it is obvious that he is not up to the role of a deep-lying midfield player. The Man U captain may have to get used to warming the bench this season if his performances do not improve dramatically.

Liverpool F.C Vs Man United Prediction
Liverpool is the inform team and has won their last four matches in a row. Man U drew their last game against Stoke after thrashing Leicester City 4 - 1 the week before. They lost their last two games in a row before that match. Liverpool has the home advantage and a win will prove that they are genuine contenders for the title this season. Both teams have leaky defenses so I expect it to be a high scoring match with Liverpool coming out on top with the win. If they do manage to get the result, it will give them a six-point advantage over their rival. If Manchester United win though it will put them on the same points as Liverpool and back in the race for the title.

This article is written by Tony Samboras who is an expert sport and economic predictor. Tony is also a football fanatic and English Premier League follower. More of his works can be followed at bestbettingwebsites.org.uk