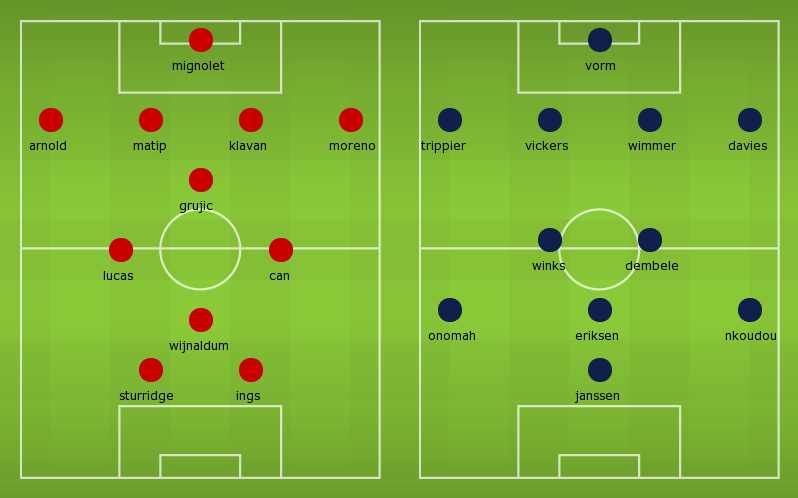 Team News:
Liverpool
Jurgen Klopp will be bringing a different lineup, Daniel Sturridge, Luca Leiva, Simon Mignolet and Alberto Moreno all are set to get a starting node.
Skipper Jordan Henderson is suspended for this game.
Sheyi Ojo is the only player out through injury.
Joe Gomez has returned from his knee injury, but is expected to take some time for the first team action.


Tottenham
Moussa Sissoko is out for this game through suspension.
Marcus Edwards is the only player out for this game through injury. He is out for atleast six weeks.
Harry Kane and Toby Alderweireld both have returned from their respective ankle and knee injuries. However, they are not ready for the first team action.
Michel Vorm and Vincent Janssen are expected to start.

Prediction:
Liverpool 2 – 1 Spurs, Daniel Sturridge to score a goal for the home side, leading them to a great victory.