Premier League Transfer Window Eleven 2016/2017. EPL summer window ends with a bang with around £500million spent from all the clubs on their transfers

Premier League summer transfer window ends with a bang with around £500million spent from all the clubs on their transfers. Arsenal, Liverpool, Manchester City and Manchester United made some great signings that can give boost in reaching their targets of this new season. 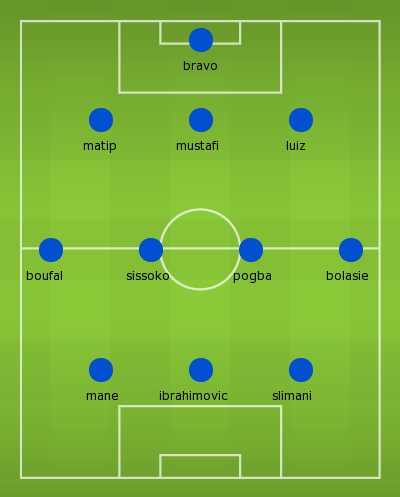 Here we are revealing the best eleven from the transfer window. This lineup is selected on several factors including, price tag and quality.

Joel Matip - Schalke to Liverpool
Liverpool signed a great center-back Joel Matip for a free deal earlier this summer. The Cameroon international was a vital player for German club Schalke in the past few seasons but he was keen to move to Premier League.
He is also a regular for Cameroon football team.

Have a Look at the Premier League Top 5 Deals!

Shkodran Mustafi – Valencia to Arsenal
Arsenal signed Shkodran Mustafi from Spanish side Valencia in order to get rid of their routinely defensive issues.
The German defender completed his deal in the last days of the transfer window. He cost the Gunners around £34.5million

David Luiz - PSG to Chelsea
David Luiz made a shocking and surprising return to Chelsea on the transfer deadline day. The star who was sold to Paris Saint Germain few years ago for £50million resigned for the club for £33.7million.

Sofiane Boufal - Lille to Southampton
Highly Rated Sofiane Boufal joined the Saints from French side Lille for £16.8million.
The youngster has been eyed by several top English clubs in the past but decided to stay in France.

Moussa Sissoko - Newcastle United to Tottenham
Midfielder Moussa Sissoko should be very happy because he was very keen to join a top club for the past several years and with the relegation of Newcastle last season he clearly revealed that he wants to leave the club.
Spurs signed him on the deadline day for £29.5million.