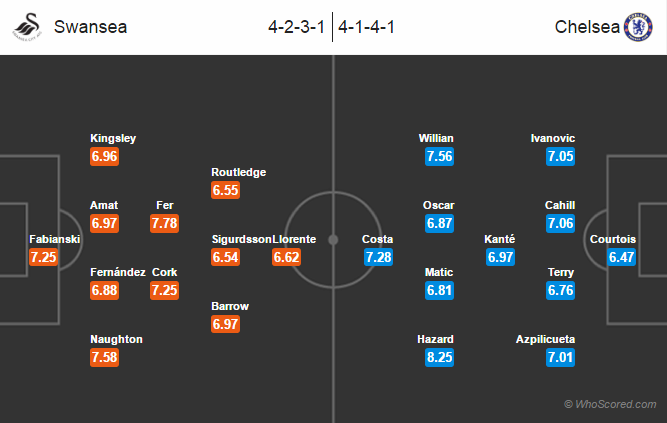 Team News:
Swansea City
- Swansea City could be without their new club record signing Borja Bastón. The player picked up an injury while on international duty.
- Boss Francesco Guidolin has no other problems and is expected to start with a similar lineup as of last game.
Chelsea
- Chelsea boss Antonio Conte could be debuting Marcos Alonso and David Luiz, both were signed on the deadline day.
- Defender Kurt Zouma has returned but is yet to regain full fitness.
- Marco van Ginkel remain on the sideline through injury.

Prediction:
Swansea 1 – 1 Chelsea, a great tough and entertaining game. Swansea are struggling so far this season but in my opinion today they could be lucky to have one point against the top side Chelsea.