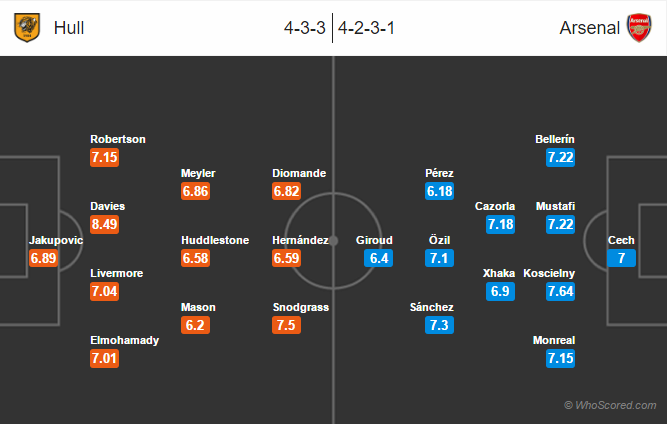 Team News:
Both the sides are having many players on the sidelines through injury.

Hull City
Six players including Allan McGregor, Michael Dawson and Moses Odubajo are all set to miss this game.
Club record signing Ryan Mason is likely to start in place of either David Meyler or Sam Clucas in the midfield.

Arsenal
Petr Cech will be back in the starting eleven after being dropped in the Champions League game against PSG earlier this week.
Olivier Giroud who received a red card against PSG is suspended for the next Champions League game, his suspension will not affect the Premier League.
Theo Walcott is doubtful with a knee injury.
Lucas Perez might replace Alex Oxlade-Chamberlain on the wing after the poor performance against PSG.
Aaron Ramsey has returned to training but is not match fit.
Gabriel, Per Mertesacker, Carl Jenkinson and Danny Welbeck are all on the sideline through injury.

Prediction:
Hull City 2 – 2 Arsenal, Olivier Giroud to score a goal for the visitors.