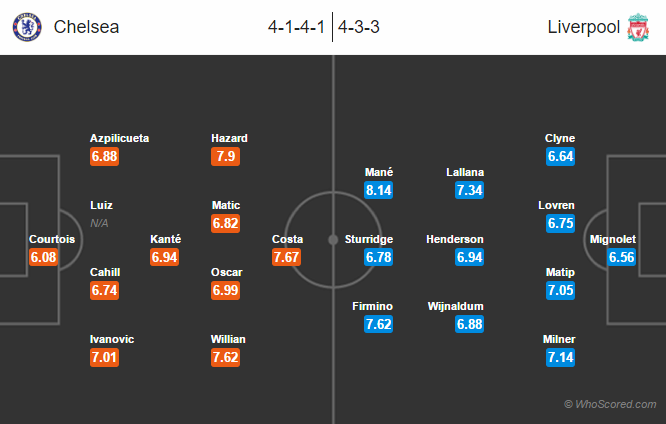 Team News:
Chelsea
Antonio Conte remains without skipper John Terry who is further out for ten more days due to ankle injury.
David Luiz is likely to start at the heart of defence.
Gary Cahill has not faced any problems after his comments on the referee Andre Marriner last weekend.

Liverpool
Goalkeeper Loris Karius could be making his debut after returning to full training earlier this week.
Dejan Lovren will return to the lineup after recovering from eye injury, suffered during training.
Philippe Coutinho is also likely to return to the lineup, this would mean a bench for Daniel Sturridge.
Emre Can has returned but is not match fit.
Joseph Gomez remains doubtful while Sheyi Ojo and Ragnar Klavan are out through injuries.

Prediction:
Chelsea 1 – 2 Liverpool, Sadio Mane to shine for the visitors once again. He has been influential for the Reds since his move.