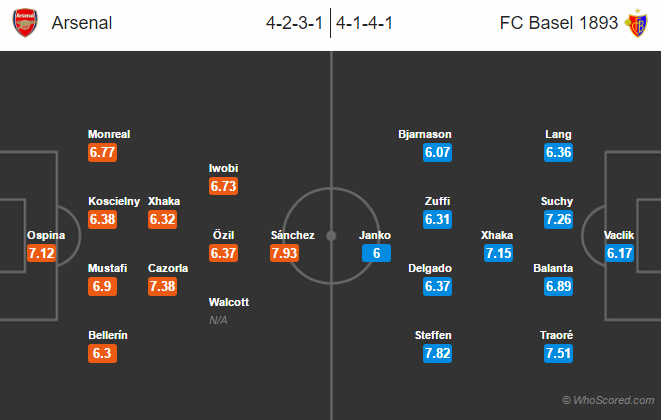 Team News:
Arsenal
Arsenal will be without Francis Coquelin who picked up a knee injury against Chelsea last weekend.
Granit Xhaka or Mohamed Elneny will be fighting to start in the midfield role alongside Santi Cazorla.
Goalkeeper David Ospina is expected to return to the lineup.
Carl Jenkinson has returned to training but is not match fit.
Aaron Ramsey, Danny Welbeck, Gabriel Paulista and Per Mertesacker all remain sideline through injury.

FC Basel
Basel have only two players to deal with ahead of this clash, Manuel Akanji and Kevin Bua both are out through injury.
Basel boss Urs Fischer is not likely to bring any change to the side, he is expected to start with the same lineup as of last game against Ludogarets.

Prediction:
Arsenal 2 – 0 Basel, it is expected to be an easy game for the home side.
Theo Walcott and Alexis Sanchez are likely to score the goals for the Gunners.