Last season, Chelsea became notorious for being horrid, later recovering under Hiddink‘s management. However, even though Arsenal won the Community Shield match, they went on to lose both Premier League games to the Blues. Chelsea managed to score two clean sheet victories when meeting the Gunners – so are we going to see something similar this time around, too? 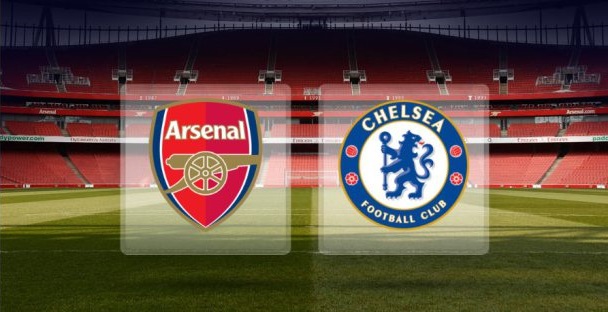 Right now,  they both have 10 points and are at the top of the League Table, with Arsenal having moved up to the fourth place, and Chelsea having dropped down to the fifth. However, while the Gunners sport a lose-draw-win-win-win record, it seems like their oponnents are going through a bit of a downer with a win-win-win-draw-lose to their name.

Interestingly enough, they both lost to Liverpool – Arsenal 3:4 on the first week, and Chelsea 1:2 the last week. The Gunners drew Leicester, and gained victories in matches against Watford, Southampton, and Hull City – none of which could be considered as the toughest oponnents around.

Chelsea came out triumphant after the games with West Ham, Watford, and Burnley – so just like Arsenal, they didn‘t really clock in any wins against the most difficult contenders of the League. Then they drew Swansea City – and they couldn‘t win against this team last season, either. Honestly, it looks like both the teams about to meet are following a very similar pattern so far.

Now according to the UK-licensed bookie TonyBet, the Gunners are a fair bit more ready to claim a fourth consecutive victory than Chelsea is to climb out of their mini rut and come back to winning again. After both teams have failed against Liverpool who is looking pretty good so far, it‘s imperative to claim that contending for the title isn‘t out of their reach – so expect a proper clash.

It‘s a home game for the Gunners, which adds to their advantage, as does the fact that Chelsea doesn‘t seem to be keeping up with their brilliant star. It‘s pretty obvious that the stakes are high for this game, and the gameplay should be no less than passionate. Can we be sure about the winner? Now that question will hold much more meaning after we see how these teams play against each other in this new season.