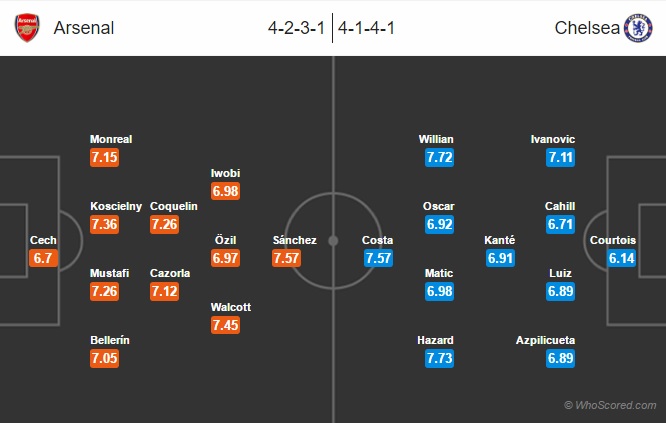 Team News:
Arsenal
Arsenal will continue without Per Mertesacker, Carl Jenkinson and Danny Welbeck.
Aaron Ramsey and Olivier Giroud both remain doubts for this game.
Granit Xhaka could be getting a start after impressing in the last two games.
Alexis Sanchez is expected to lead the front line.

Chelsea
Marco van Ginkel is out through injury, while Kurt Zouma has returned but is unfit for this game.
Skipper John Terry remains a doubt for this clash.
Cesc Fabregas is expected to get a start here after his impressive League Cup performance against Leicester City.

Prediction:
Arsenal 1 – 1 Chelsea, Eden Hazard to score the equalizer for the visitors. Both the sides have earned 10 points from their starting 15 games.