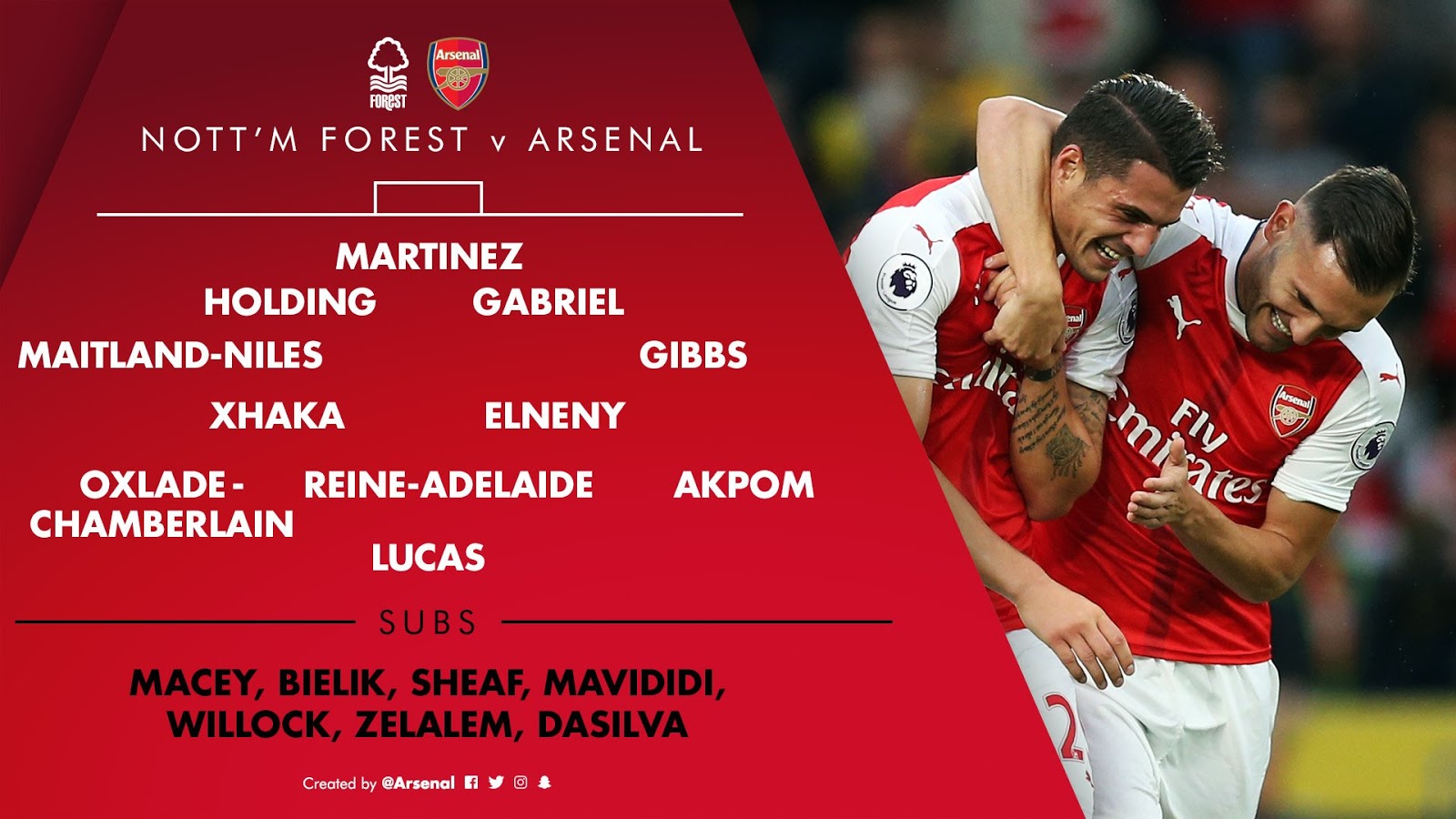 Arsenal manager Arsene Wenger has brought several changes to the lineup, he has given chance to young players Reine-Adelaide, Maitland-Niles and Apkom.

Martinez starts on goal with a back four of Maitland-Niles, Holding, Gabriel Paulista and Gibbs. With Granit Xhaka the scorer of sensational long strike from last game starts along with Elneny in the central midfield role. Oxalade-Chamberlain and Apkom starts on the wing with Reine-Adelaide behind the striker Olivier Giroud.

The bench has all the youngsters; Macey, Bielek, Sheaf, Mavididi, Willock, Zelalem and Dasilva. These youngsters are keen to get a chance in this game to prove themselves and to earn a spot in the starting eleven.

Wenger has also made changes because of the tough fixture this weekend, they will be facing Chelsea in the Premier League sixth gameweek.

My prediction for this game will be a big scoring game with Arsenal scoring atleast four to five goals and Giroud atleast scoring twice.