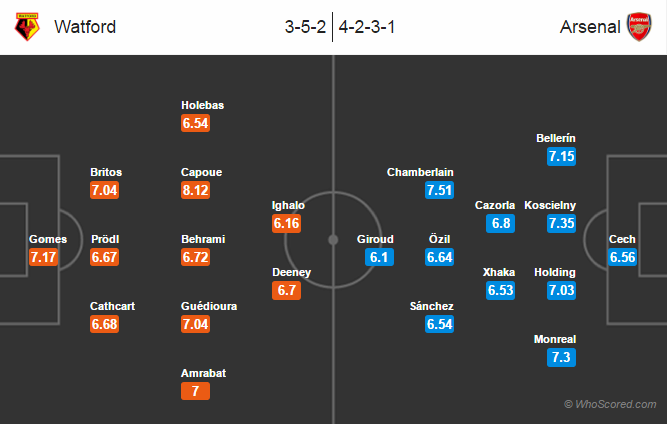 Team News:
Watford
Arsenal
Stats:
Prediction:
Watford 2 – 2 Arsenal, the visitors are looking for their first win of the season, Olivier Giroud is likely to score a goal but the home side will be able to seal a point from this game.