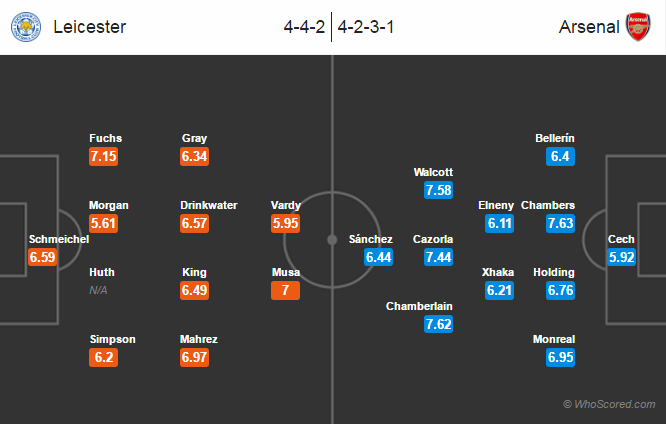 
Prediction:
Leicester City 2 – 1 Arsenal, Jamie Vardy on the scoresheet for the home side.