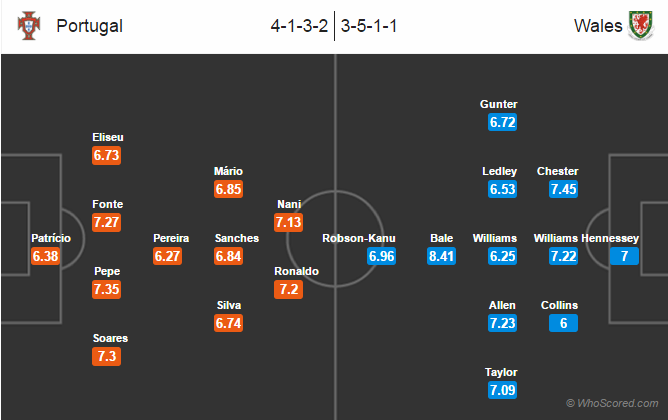 Stats:
Predictions:
Portugal 1 – 1 Wales, Gareth Bale to score the equalizer, and Welshmen winning the game on penalties.
Portugal have been so far just because of their luck, Wales deserve the final spot but lets see how tonight’s game goes on.
Whats your prediction? Comment below!