Arsenal boss Arsene Wenger has confirmed that trio midfielders Mikel Arteta and Mathieu Flamini and Tomas Rosicky are set to leave the Emirates Stadium this summer. 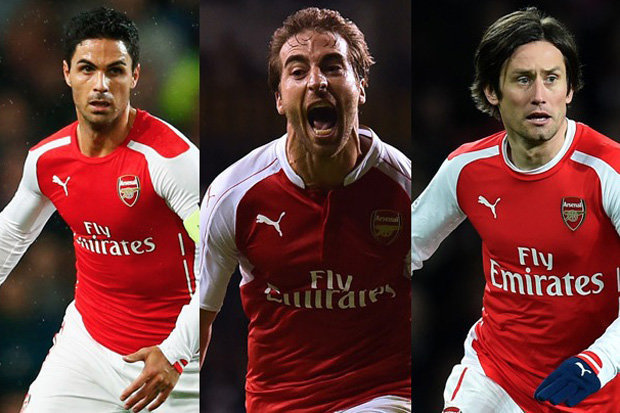 It was already sure about Rosicky as he played his final game yesterday for the Gunners but the other two are also on their way towards the exit door.

The French boss confirmed that these players have to decide their future.

Mikel Arteta who is the captain of the club was quoted by the boss as a great leader. While Rosicky who has been with them for ten years is already loved by everyone.

Flamini also who is spending his second spell at the Gunners is a great leader both on and of the pitch. These three midfielders would be a great loss to Arsenal.

Arteta has been linked with Tottenham and Manchester City for a backroom staff role.

Rosicky has received offers from Chinese and Major Soccer League side, also from his homeland Czech Republic. He joined the club in 2006 from Borussia Dortmund.

While Arteta moved from Everton in 2011 and Flamini resigned for the Gunners in 2013 from AC Milan. These are the three most experienced players Arsenal have and as Wenger said it would a great loss from these three big personalities.


We wish these three best of luck for their future career!