Completed Transfer deal. Scottish giants Rangers have sealed a deal for young midfielder Jordan Rossiter from English side Liverpool, as per SkySports.

Scottish giants Rangers have sealed a deal for young midfielder Jordan Rossiter from English side Liverpool, as per SkySports. 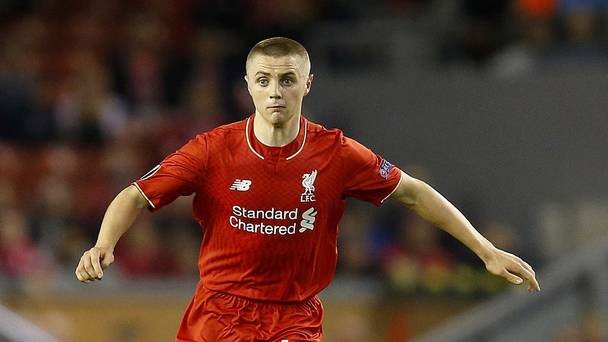 Jordan Rossiter will be moving to Rangers once the transfer window reopens in summer.

The 19-year-old has reportedly signed a four year deal which will keep him in Scotland until 2020.

Rossiter made five appearances for his childhood club, including his Europa League appearances against FC Sion under Jurgen Klopp earlier this season.

The England under-19 star is the third signing by Rangers boss Mark Warburton so far. Matt Crooks and Josh Windass were the first two.

Warburton told after agreeing Rossiter deal that he is an amazing talent and will be a great addition to the squad.

“Jordan is an outstanding young England youth international who will be an excellent addition to the Rangers squad.”

Jordan Rossiter had a dream to be a Liverpool regular player but unfortunately his dreams cannot be fulfilled.

Liverpool thanked the youngster for his contribution to the Liverpool family since his childhood days. We wish him the best of luck for his future career.

While on the other hand, Arsenal veteran Tomas Rosicky will be playing his final game for the Gunners tomorrow against Aston Villa. Read More Here!