Manuel Pellegrini the next Arsenal boss?

Premier League news update. Reports claiming that Arsenal boss Arsene Wenger will leave the club and Manuel Pellegrini will become the next boss at the Emirates Stadium.

There has been rumours going everywhere regarding the Arsenal boss Arsene Wenger that he will leave the club this summer or will be sacked in the summer. 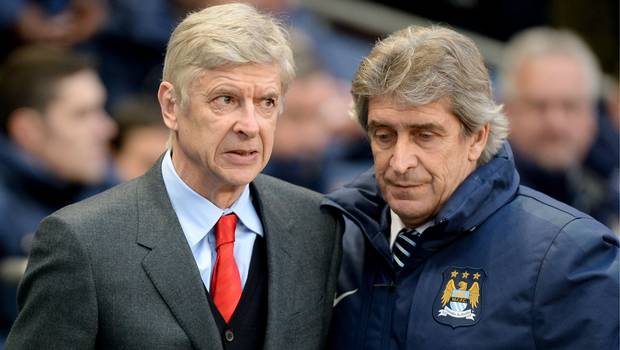 Arsenal fans are in no favour of Arsene Wenger anymore despite of his two decade services.

The Gunners who were once fighting for the Premier League title are now on the third place. They are now likely to qualify for the Champions League spot.

Get Latest News Update from Arsenal!

The latest reports claimed that Manuel Pellegrini who will be free from Manchester City job this summer could be the next Arsenal boss.

The Chilean boss has a good managerial record, he has managed Villarreal and Real Madrid in the past. He has lifted Premier League trophy and has also made a record by taking City to the Champions League semifinal for the first time in their history.

This could be a good deal for Arsenal but it seems to me that Arsenal fans will not be happy to have him on the managerial seat. They are expecting young boss which could be their own legend Thierry Henry.

Do you want Thierry Henry or Manuel Pellegrini?
Have your say below.