Jordan Lukaku hints Arsenal move. Oostende defender Lukaku has hinted a move to Gunners by saying he has always been an Arsenal fan, as per ESPN reports.

Oostende defender Jordan Lukaku has hinted a move to Arsenal by saying he has always been an Arsenal fan, reports confirmed earlier today. According to online soccer odds, he is likely to move to Arsenal. 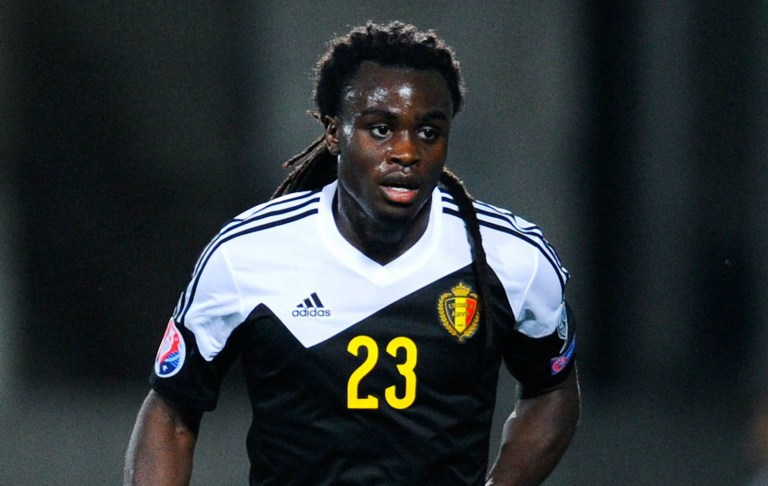 Jordan Lukaku who has been selected for the Belgian squad for the Euro Championship which will start next month is keen to join the Gunners.

Read More:
The 21-year-old is the younger brother of Everton striker Romelu Lukaku. Both of them will be taking part for their country Belgium.

ESPN confirmed earlier today that Jordon Lukaku has dreams to play at Arsenal and is hoping that the Gunners will keep tabs on him.

Arsenal will be in need of a left back next season and Lukaku believes that he is the right man to fulfill that role.

The Gunners boss Arsene Wenger has signed several players on the basis of their international performance like Andrei Arshavin who was outstanding for Russia in Euro 2008. However, Lukaku might not get enough chance to play for Belgium due to tough competition.

Several Premier League sides including Everton are keeping tabs on him and could be luring the deal once the transfer window reopens in the summer. However, Everton boss Roberto Martinez was close in signing him but now it looks like he will be heading towards the exit door of Goodison Park which means Everton might not take interest in their player’s brother.