Premier League is now set to be ended soon, with only few gameweeks left to be played. However, it is becoming more excited as the league reaches its end.

Leicester City are on top with seven points clear with second placed side Tottenham Hotspurs. While there is no other team that could catch the league leaders, Arsenal are on third place and nine points away, though they have a game in hand. 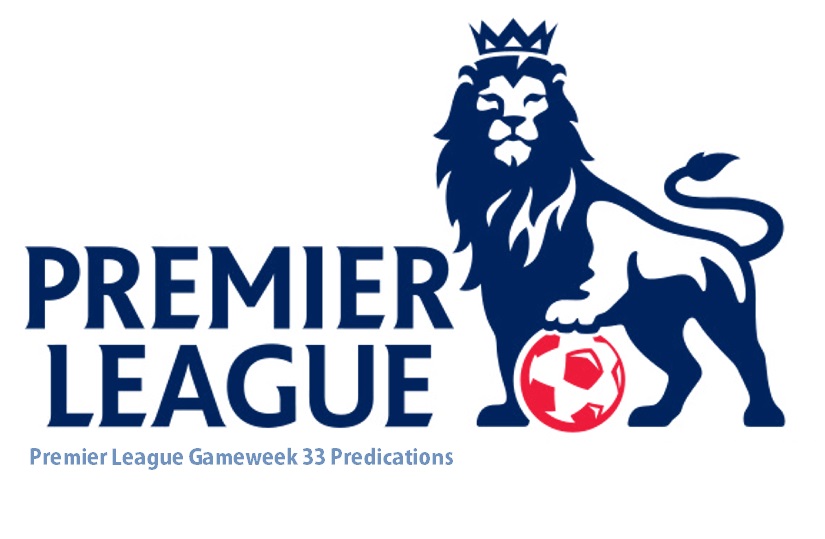 Here we are predicating the top teams and top games from the upcoming gameweek 33 in the Barclays Premier League.

West Ham United 2 – 2 Arsenal, Danny Welbeck to score for Arsenal.
The first game of this gameweek will be between West Ham and Arsenal. Both the teams have been in fine form and both are fighting for the Champions League spot.
A draw would keep both of them at their current places.

Swansea City 1 – 1 Chelsea, Diego Costa to score.
The two struggling sides of the season will meet this Saturday. Chelsea have now climbed a table and could be finishing the season on top 8 but the Swans are just trying to play good football.

Manchester City 3 – 1 West Brom, Sergio Aguero to score a brace.
Manchester City are in the danger zone in terms of Champions League spot. Currently on fourth spot with one point ahead of Manchester United. Predict your score in the comment section or make predictions at William Hill.

Sunderland  1 – 3 Leicester City, Jamie Vardy to score a brace.
Leicester the underdogs of the Premier League are likely to take a lead of ten points for few hours atleast, or may be for the whole week depending on Spurs' result which will be the next game on the same day.
Striker Jamie Vardy has seen a drop in form but it is expected that this would be a match which will lift him up once again.

Tottenham Hotspurs 2 – 1 Manchester United, Harry Kane to score the winner.
Now coming towards the Super Sunday games, Spurs and Manchester United will go head to head at White Hart Lane. This match would be one of the biggest match of the season as it could decide the finishing places of these two sides.

Liverpool 2 – 0 Stoke City, Daniel Sturridge and Divock Origi to score.
Liverpool are coming with a home draw against Spurs last weekend, boss Jurgen Klopp will be eyeing to bounce back against Stoke City.
The Reds are unlikely to get a Champions League spot but they are also not in the Europa League zone at the moment.

What do you think from these predictions? Do you agree?
Share your thoughts with us, have your say below!